Sharper Light from the X-ray Laser 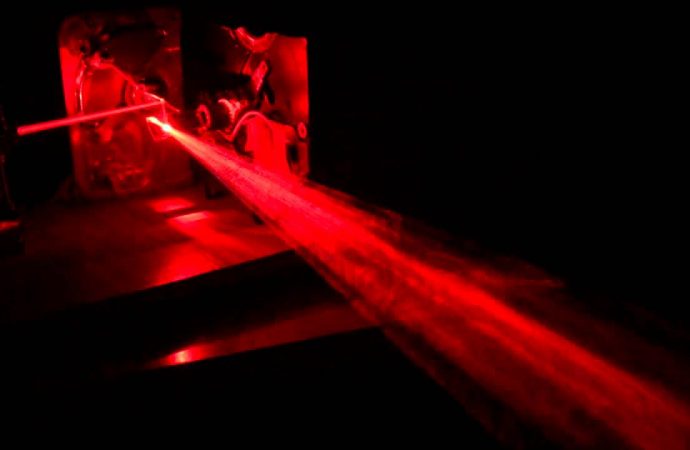 Interaction of electrons and laser light causes echo effect, which improves the quality of X-ray pulses.

US – With intense, sharp and extremely short flashes of light, physicists, chemists and biologists can investigate fast processes on the atomic scale in a better way. Free-electron lasers provide these flashes up in the soft X-ray.

To increase the quality of these flashes, American physicist took a special echo effect between electrons and light waves. As they reported in the journal Nature Photonics, they could produce sharp flashes of light with a wavelength of up to 32 nanometers using their method. In the future, intense flashes could even be generated up to the range of hard X-rays due to the echo effect.

Erik Hemsing of the SLAC National Accelerator Laboratory said that their approach shows that with additional lasers the properties of the best sources of light, the free-electron lasers, can be further improved. Their team used a linear accelerator in which they accelerated electron bunches almost to the speed of light. With more magnets they brought the electron bunches in a tortuous trajectory. These magnetic structure physicists also call undulator. Overall, this structure corresponded to that of a free electron laser, in which the electron packets can emit short flashes of light.

In addition to the electron packets Hemsing sent two infrared laser pulses in the vacuum tube of the linear accelerator. This led to the desired echo effect that is based on an interaction between light waves and electrons. The electron packets were now further accelerated and sent back by an undulator, sending out short extreme ultraviolet light flashes. Compared to a conventional free-electron laser, these flashes of light, however, were better separated and covered a narrower wavelength range. “These light flashes are cleaner and even brighter,” said Hemsing.

This experiment showed a free-electron laser can be improved in the quality of the light flashes by supplying additional laser pulses. So far, they were able to generate light with up to 32 nm wavelength. The researchers are still for ways to develop light sources for extremely short and spectrally clean light flashes up in the hard X-rays with this method.