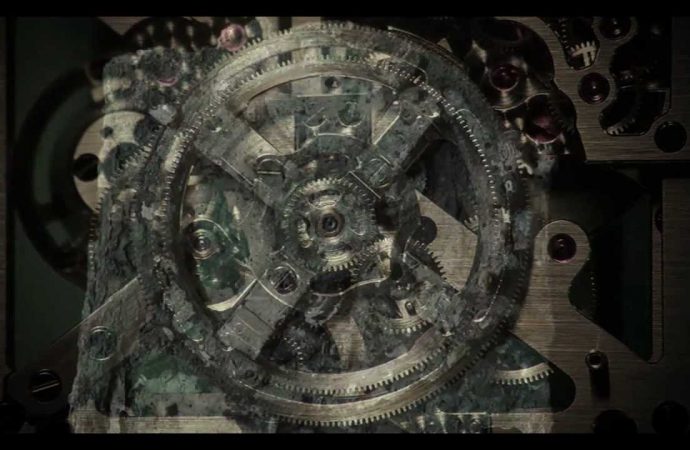 A group of researchers has succeeded in deciphering the inscriptions of the first digital computer in history. The mechanism was found in 1900 by sponge diver collectors from the island of Symi.

GREECE/UK/US – After eleven years of investigation, a group of scientists has deciphered the inscriptions of the famous “Antikythera mechanism”, known as the first digital “computer” in history, built in the first century BC and used for astronomical and calendrical purposes.

The key that has allowed better understanding of device’s fragments, found in 1900 on the Greek island of Symi in the Dodecanese, has been to use a special scanner manufactured in the United Kingdom solely for this research.

With the help of this tomograph, experts were able to read texts written in letters of just two millimeters in size, embedded in the sides of the wooden crate; the Antikythera mechanism.

Thanks to this reading, the team of scientists from the universities of Athens, Thessaloniki, Cardiff and New York has been able to make a complete description of the operation of the mechanism, understand its purpose and see which parts still have not recovered from this contraption.

Yanis Bitsakis, physicist and specialist in History of Science, said that reading allowed them to understand with certainty what the missing parts were. They knew that the mechanism included a full planetarium that has not yet been found.

According Bitsakis, there is no longer doubt that the device had been made to explain the universe, according to the astronomical knowledge of the time.

In the front of the mechanism – a wooden box 33 cm high, 18 meters wide and 8 deep – were two circles, one for the zodiac and one for the Egyptian calendar.

On the side there was a button turning thirty gears placed on ten areas; powering turns the hands of the two circles.

Through this mechanism and from the planetary positions at a particular time it could predict solar and lunar eclipses up to 19 years in advance. The set of four gears allowed the five planets around the sun which in turn revolved around the earth.

The Antikythera mechanism and its inscriptions based its knowledge in physics, engineering, astronomy and mathematics. The builder and the owner of the mechanism have not been identified but the apparatus itself has given information about them.

Mike Edmunds, emeritus professor of astrophysics at Cardiff University, said that to manufacture it needed a very good knowledge of engineering and astronomy, unimaginable case of a period set 1,700 years before the scientific revolution of the sixteenth and seventeenth centuries.

In addition, the names of the months on the front are written in the dialect of the city of Corinth, which suggests that the manufacturer or the owner was from this city or any of its colonies located on the shores of Epirus, in the Ionian Sea.

Bitsakis explained that the success of this team is due to the fact that, for the first time joined philologists, physical forces, engineers, astronomers and historians of science.