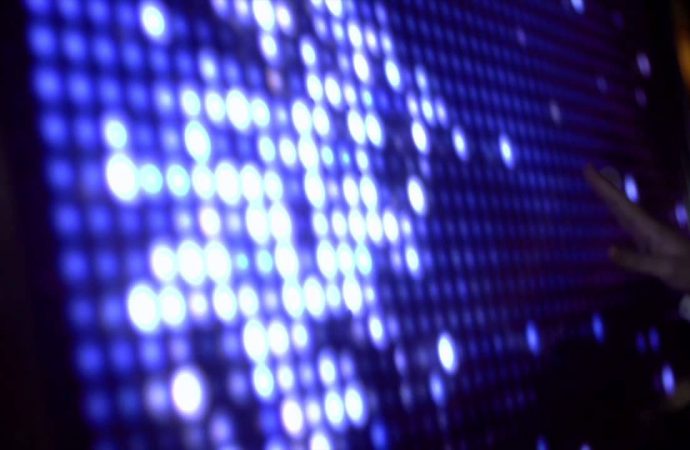 CHINA – A combing hair made of plastic is electrostatically charged. Scientists used this effect of static electricity to make tensile and mobile mini power plants. They published their work in the journal Science Advances where they made a stretchy rubber bracelet which can deliver current enough to power eighty LEDs. These generators that transform static electricity in usable pulses of current could have use in the future in operating small sensors or even capacitors and recharge batteries slowly.

“Our generators are so flexible that they can be bent and stretched in any form,” said Yue Zhang of the University of Science and Technology in Beijing. The most important component of the now featured prototypes was a thin layer of rubber, whose surface the scientists outfitted with intricate nanostructures. Their rubber is stretchable up to triple its length. Closed at the ends is filled with a saline solution, which took over the task of an electrode of the power generator.

The filled rubber tube when touched periodically with sheets of nylon or Plexiglas, which were covered with a layer of aluminum, caused triboelectric effect – an electrostatic charging of the rubber hose. Short voltage pulses of up to 67 volts could be tapped through the liquid electrode inside the tube. The current density it reached values of around one milliampere per square meter. These electrical pulses are sufficient to make dozens of light-emitting diodes light with the touch.

From the stretchable rubber material, the researchers built several prototypes of usable mini power sources. A flexible strap on the wrist provided enough power for up to eighty LEDs. For this power generation, however, it had to be periodically contacted with the second hand, in order to generate the electrostatic charges. From the rubber they also developed a fluid-filled Mousepad. Moving the computer mouse, it also created enough electricity to light a few dozen LEDs.

With these prototypes, Zhang and colleagues showed that electrostatic charges can be used for generating small amounts of electricity. The triboelectric mini power sources could provide in future with electricity sensors for pollutant measurements in outdoor or monitoring bodily functions. Coupled with a rectifier it would be even possible to charge a battery with the voltage pulses. But this would take a long time to succeed in such achievements.

Even Lucia Beccai and her colleagues at the Center for micro-BioRobotics in Pontedera near Pisa developed first triboelectric mini power sources two years ago. The researcher made a very fine copper wire in many loops twisted into a flexible plastic material in a silicone-based form. Small air chambers gave the wire sufficient freedom of movement so that one could rub against the surrounding plastic. Electrostatic charges that access is via electrodes were created when pressing together.

The researchers repeatedly pushed together this rubber with a volume of about four cubic centimeters. They compressed the little block ten times per second and it emerged with less than two volts at about 1.4 watts of microwave pulses of current. Even these low flows sufficient to operate a sensors or light-emitting diodes.