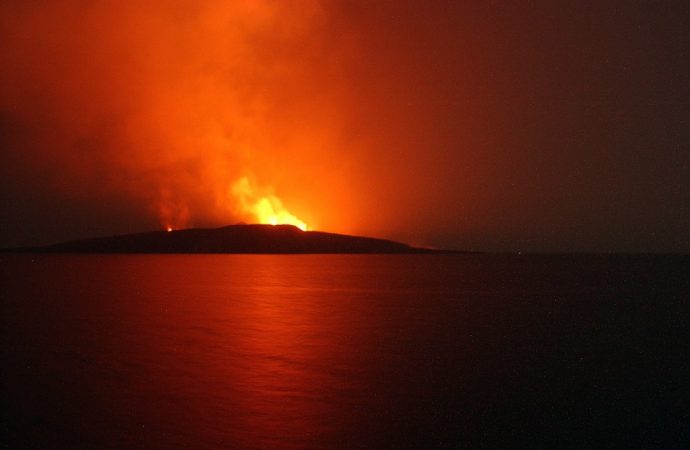 Exploiting volcano fire by tapping their energy and convert them to electricity.

MEXICO – In an environment where clean energy is becoming increasingly important and in which Mexico demands new alternatives to meet the needs of the energy sector, engineer Manuel Frias Alcaraz heads a project which aims to build on the activity of Popocatepetl and Fire volcanoes Colima to produce electricity.

In an exclusive interview with the News Agency Conacyt, also the author and director of Project Country Mexico Third Millennium, said that what they want to basically harness the geothermal capacity of volcanoes (ie, steam groundwater) to transform it into electricity.

How can it be achieved?

On the procedure that would be used to transform energy into electricity volcanoes, the researcher explained that geothermal processes directly leverage the power source of the volcano.

“Endogenous heat from the center of the Earth is an unlimited, endless and energy friendly to the environment. In addition, the volcanic energy is not subject to other factors, such as whether the wind blows or not, as in the wind or if there is sun or not, as in solar energy, in this case, the availability of endogenous heat and steam at high pressure and temperature is constant, “he explained.

He added that this allows to use it at all times and that the project involves drilling directional wells (like oil wells), which would be directed towards the boiler chimney.  A well that would be narrower in the nearest part of the volcanic crater, with the aim of increasing the speed of the water vapor would be installed.

“With respect to the technical characteristics I can say that at the beginning of the excavation, on the surface, the geothermal fields have a diameter of about 40 inches (just over a meter) vertical drilling would be 100 meters and then would come a change of rotation (30 degrees to the horizontal) towards the boiler chimney, “he said.

He said in turn that the number of wells will depend on the needs of energy production; however, for purposes of the project, initial three geothermal fields are contemplated.

“The project includes the construction of three geothermal fields located within four kilometers regard to the crater. It is a feasible proposal by geological, topographical or physiographic conditions of the volcano, same that would allow placing the fields to four thousand meters above sea level”.

When referring to the potential of the project, the engineer said constant fire at the top of the Popocatepetl and Colima volcanoes leads to cloud formation over the crater water vapor.

“These clouds represent an enormous amount of water that evaporates and rejoins the natural water cycle on Earth, groundwater, ie, the volcano consume and evaporate large volumes of the most valuable resource of the closed basin of the valley of Mexico, ie, groundwater, and with only leverage a percentage of steam volcano could feed powerful turbogenerators “.

In economic terms, it said that the investment required would be similar to that needed for digging oil wells (60 million dollars per well); however, economic and environmental benefits would be much greater, which gives the project necessary feasibility.

Although the oil industry uses similar technology, the researcher explained that in such cases very hard stone is drilled, but the volcanic rock is much harder.  “If the technology exists, however, rotary drills, which will go perforating, must have high strength metal alloys to drill the well of a meter in diameter.”

In addition, he said, must take into account the vicinity of the volcanic crater where drilling diameter of 10 inches (25 centimeters) will generate a funnel effect, ie increase pressure steam flow.

“The challenge is to involve several research centers to implement the project (…) This is because the cooperation of institutes require an interdisciplinary way.”

Another challenge, he said, has to do with the security issue; however, even in the case of active volcanoes, natural activity is similar to that of a pressure cooker where it will require perforating it to ease the natural pressure of the volcano.

“From the point of view of the flow of steam at high temperatures and all mixed with this resource gases, there is no major problem. In fact, the difficulty will lie in that in some wells flowing magma. That would be a problem, but it is solved by drilling another well. “