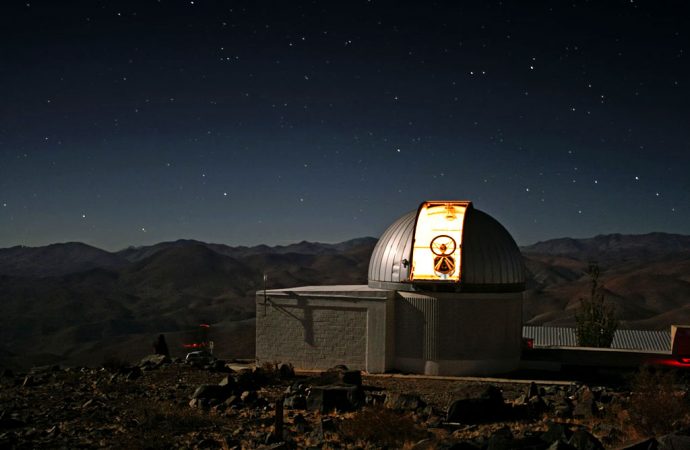 These worlds are similar to ours and Venus, and may be the best candidates located so far to search for life outside our solar system.

BELGIUM – In the constellation of Aquarius, hidden from telescopes of amateur astronomers, a little larger than Jupiter star TRAPPIST-1, the group of ultracool dwarf, and redder than the Sun is located. These types of small stars are very common in the Milky Way, but now, for the first time, planets around them have been discovered. Specifically, three, with temperatures similar to Venus and Earth. In addition, at least two of these exoplanets may have habitable regions, with liquid water which favors the presence of life.

“It really is a paradigm shift regarding which path to follow in our search for planets and life in the universe” says Emmanuël Jehin, researcher at the Institute of Astrophysics and Geophysics at the University of Liege (Belgium) and co-author work, published this week by the journal Nature. He added that , the existence of these ‘red worlds’ orbiting ultra cool dwarf stars was purely theoretical, but now we have not a lonely planet around a dim red star, but a complete system of three planets.

In their observations, an international team led by Michaël Gillon from the Belgian university used the telescope Transiting Planets and Planetesimals Small Telescope (TRAPPIST), whose name has served to rename the star, officially called 2MASS J23062928-0502285. The telescope is installed in Chilean facilities at La Silla European Southern Observatory (ESO).

With this tool they discovered that the weak and cold star faded slightly at regular intervals, indicating that several objects passed between the star and Earth. With this technique the presence of three planets similar to Earth in terms of size and located about 40 light years.

“Why are we trying to detect Earth-like planets around smaller and cooler in the vicinity of the solar system stars?” Asks Gillon, who immediately responds. “The reason is simple. With today’s technology, systems around these small stars are the only places where we can detect life on an extrasolar planet the size of Earth. So if we find life elsewhere in the universe, that’s where we start looking. “

Now astronomers search for signs of life studying the effect of the atmosphere of an exoplanet in transit on the light reaching Earth. For most of the planets the size of ours orbiting stars, this small effect is saturated by the brilliance of the light from the star. Only in the case of red dwarf stars ultracold and weak, as TRAPPIST-1, this effect is large enough to be detected.

With the help of larger telescopes it has been demonstrated that the planets orbiting this star are very similar to ours sizes. Two of them have orbital periods of about 1.5 and 2.4 days, and the third in a range between 4.5 and 73 days.

According to Gillon, with such short orbital periods, the planets are between 20 and 100 times closer to its star than the Earth. The structure of this planetary system is much more similar in scale to the system of moons of Jupiter to the solar system.

While orbiting very close to its star dwarf hostess, the two inner planets are only four two times, respectively, the amount of radiation received by the Earth, because its star is much fainter than the sun. This puts them in a position closer to the star than the habitable zone of this system, although it may possess habitable regions on their surfaces.

Meanwhile, the third planet is outside and still not very well known orbit, but probably receive less radiation than Earth, but perhaps enough to be within the habitable zone.  Scientists do not rule out that even could be completely gone in that area.

“With the help of several giant telescopes currently under construction, including the E-ELT ESO and the James Webb Space Telescope (NASA, ESA and the Canadian CSA launched in 2018), we will soon be able to study the composition of the atmosphere of these planets and explore them, first in search of water and then for traces of biological activity,” concludes Julien de Wit, co-author from the Massachusetts Institute of Technology (USA).  “It’s a giant step in the search for life in the universe.”