Alcohol Detected near a Star 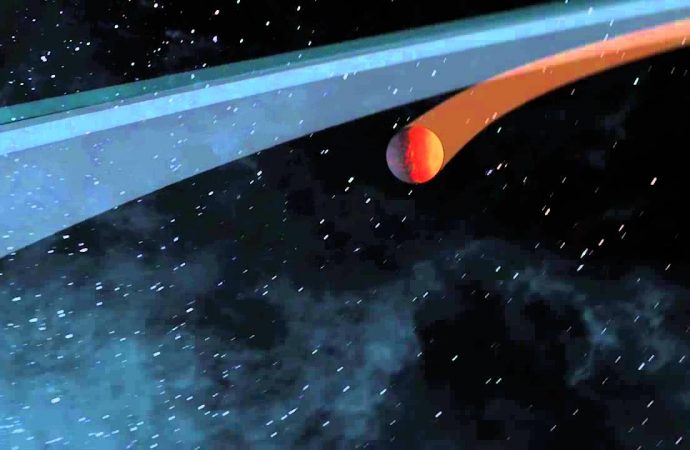 It is a key to life and functions as a nursery for planets according to scientists.

UK/US/NETHERLANDS/JAPAN – A team of astronomers detected methanol, a key to life, in the vicinity of the young star TW Hydrae, located only 170 light years from Earth chemical.

The European Southern Observatory (ESO) said in a statement that a group of researchers from Leiden Observatory (Netherlands) has detected for the first time, methyl alcohol (methanol) in the whole of matter orbiting around this star and it works as a nursery for planets.

Methanol “plays a vital role in the creation of rich organic chemistry necessary for life” and is a “cornerstone” for the formation of more complex prebiotic important compounds such as amino acids, the statement explained.

According to one of the study authors, Ryan A. Loomis, the presence of methanol in the gaseous state disk is a clear indicator of the rich organic chemical processes that take place at an early stage of formation of stars and planets.

He said that this result has an impact on our understanding of how organic matter accumulates in very young planetary systems.

The discovery, published in the journal The Astrophysical Journal, succeeded thanks to the observations made by this team in the ALMA Observatory ESO in the Atacama Desert (Chile), which is the most powerful in mapping the chemical composition and distribution of cold gas in near-Earth discs.

Catherine Walsh, senior author of the study, explained that this finding allows first look back in time, the origin of the chemical complexity in a nursery for planets around a young Sun-like star.

Methanol is a complex organic compound formed in the ice phase, unlike other compounds present in space, which are formed in gas phase or by a combination of gas phase and solid phase.